Checking in with a Loyal Customer

There is not much in construction that can surprise Mike Jenkins, a veteran in the field for more than four decades. Looking back, Jenkins can recall working under the blistering summers, the cold winters and the aweinspiring thunderstorms of Macon, GA. His story begins in 1975; Jenkins was still a teenager, but he already had a career—he had just started work with Macon-based Rightway Drywall. Twelve years later, Jenkins acquired the company and incorporated.

The Stratford Academy began a building project for their new Cantrell Lower School for grades 1 through 5. Covering 17,500 sq ft, the project included 20 classrooms, science labs, a cafeteria, meeting rooms, the Stratford Academy offices, and a basement for storage.

Rightway Drywall was pleased to be selected as a subcontractor from the start, but it wasn’t until later that Mike realized how this project would change his perspective of what a sheathing system could be.

With a fixed deadline of opening for the Fall 2016 school year, the project team faced a record-breaking rainy spell that placed their production schedule in jeopardy. It was then that a strategic choice changed the way Rightway Drywall handles the building envelope.

Despite his years of experience, Jenkins had never seen anything like the weather in Macon in December of 2015—the wettest on record, according to the Telegraph1, Macon’s downpour represented a challenge for Piedmont Construction, the general contractor on the project. The formidable weather conditions meant the sheathing schedule was sure to fall behind, since continuous WRB-AB can be difficult to install in adverse conditions. They needed a solution that would buy back some time.

DensElement™ Barrier System caught the eye of Jenkins as he sought out a new solution. This product eliminated the need for a separate WRB-AB.

The innovative, patent-pending system from Georgia- Pacific uses AquaKOR™ Technology to integrate the WRB-AB into the gypsum core. Once the sheathing is installed, joints, fasteners, openings, penetrations, and transitions are sealed with PROSOCO R-Guard® FastFlash, which bonds to damp substrates, so it didn’t need a layer of fiberglass mesh tape, as required by competing sheathing options. “This system eliminates one or two passes around the building,” Jenkins said. 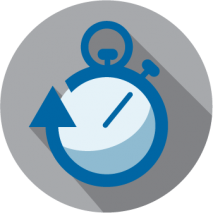 "This system eliminates one or two passes around the building."
‒Mike Jenkins, Rightway Drywall
SEE ALL CASE STUDIES

Piedmont Construction Project Manager, Adam Berkstresser, said use of the DensElement™ Barrier System shaved two weeks off his crew’s schedule. It also cuts out a lot of human error. “This system is a lot more forgiving,” he said. “It’s just a better system.”

Jenkins observed a similar impact on the project. “I save labor. I reduce liability. I save on lift rental and everything else,” he said. “This system cut two and a half weeks off the overall project schedule.”

The Stratford Academy held a grand opening and dedication of the Cantrell Lower School on August 14, 2016—right on time.

A Past Success Becomes a Template for the Future

For Jenkins, the Stratford Academy project will forever standout for him as a gamechanger that altered his view on sheathing solutions. That was two years ago, but for him it was a benchmark by which to measure future projects, such as Federal Credit Union, and Sacred Heart School.

After Stratford, he called all the architects in the area to present the benefits of using the unique system—and took them out to the Stratford site.

“We are the only people installing it in this area. We’ve gone through the learning curve. I believe in it, and I think it is a really good system,” he said. “It’s one less phone call, one less check to write, and one less problem we have to worry about,” he said. “It’s a great product, we like it and the owners are happy. That is key.”