One Cover Board Meets a Variety of Building Conditions

About 13 years ago, the original Dallas Cowboys Stadium in Irving, Texas, needed a new roof coating. KPost Roofing & Waterproofing of Dallas won the job, not too much later a partnership was born, and multiple roofing projects were the result, to include The Star in Frisco.

Founded in 2004 by Keith Post, Steve Little, and Jayne Williams, with a core group of 11 roofing professionals, KPost now employees more than 400 people (including more than 60 specialized crews) focused on doing one thing, and doing it exceptionally well. Primarily a commercial roofing company, a residential division was opened four years ago to increase reach and service area. With a dedicated focus on safety, quality, and value, the company has amassed a portfolio of 1,240+ projects and 60,000 work orders valued at more than $541 million, to include multiple highly visible projects in the last several years like the headquarter buildings for Liberty Mutual, Toyota, and Charles Schwab; the Irving Music Factory; the Omni Dallas; the Statler Hotel; Texas Rangers Globe Life Field; and many more.

A long-time partnership with the Dallas Cowboys meant that when the team’s new indoor practice facility/mixed-use development was going under construction, KPost stepped in.

The mixed-use facility known as The Star is located on 91 acres in Frisco, Texas, and includes the Dallas Cowboys World Headquarters and domed practice facility, the Baylor Scott and White Health Sports Performance and Healthcare Center, The Star District shopping area, the Ford Center (a state-of-the-art 510,000 square foot indoor athletic facility shared by the Dallas Cowboys, the City of Frisco, and area high schools), and the beautiful Omni Frisco nestled in the southeast corner of the complex.

With a wide variety of building conditions throughout the complex, project architects selected roof assemblies that would meet the individual criteria of a high-rise hotel roof, a mid-level mixed-use space roof, and the domed roof of the Cowboys indoor practice facility. Various manufacturers and system assemblies were considered, and the use of a premium coverboard was always front of mind. “The Omni Frisco roof levels 16 and 17 included a large amount of rooftop mechanical and lighting systems that require regular maintenance and a durable surface from which to work,” explained Chris Evans, Chief Estimator with KPost. “Additional details included the sheathing on the parapet walls and, of course the dome over the indoor practice facility.”

Evans’s job with KPost is that of leading the team with technical brainstorming and quality control in accomplishing project pricing and proposals.

“The use of a coverboard was always part of the design,” continued Evans. “The architect opted for a single-ply roof at all roof areas. Single-ply roof membranes typically perform better when placed over a solid substrate. If not, there is an increased risk for premature wear, tear, and puncture. We needed to choose an option that would help the roof membrane perform to its full potential.”

Additionally, Frisco is located in the midst of the hail belt, which upped the ante for additional durability and protection against puncture. 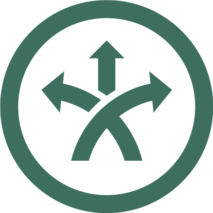 "It is clear that DensDeck and GP, along with their trade partners, are committed to testing a large amount of assembly types and material configurations. This commitment by GP has resulted in an ample amount of approved and tested assemblies, which allows us to find the right answer for pretty much any roof area."
‒Chris Evans, Chief Estimator with KPost

Why Use a Cover Board?

Using a cover board is important for multiple reasons: The Chosen Roof Board

Carlisle’s single-ply roofing membranes were chosen and incorporated DensDeck® Prime roof boards in the submittals, with products provided by CSL Materials of Frisco. Evans and his team chose Georgia-Pacific’s DensDeck® Prime Roof Board with EONIC™ Technology as the cover board for The Star – and offered multiple reasons why.

“It is clear that DensDeck® and GP, along with their trade partners, are committed to testing a large amount of assembly types and material configurations. This commitment by GP has resulted in an ample amount of approved and tested assemblies, which allows us to fi nd the right answer for pretty much any roof area,” commented Evans.

“Fact is, DensDeck has become one of our key components used on most roof systems,” said Aileen Struble, Senior Estimator with KPost. “Between the testing, the ease of use, and the durability, DensDeck consistently offers the best protection.”

The most senior estimator on the KPost team, Struble has been with the company since the doors opened. She works on multi-system projects, including both new construction, remedial and large historical renovations. She is KPost’s go-to estimator when faced with technically challenging and complicated projects, and has received four ABC National Eagle Awards on her projects.

Georgia-Pacific first hit the market in 1987 with the innovative DensDeck®, a high-performance gypsum roof board, then improved upon it with the addition of EONIC Technology in 2018. This patent-protected enhancement doubled the resistance of DensDeck Prime Roof Board to moisture, making it the only roof board with manufacturing specifications that include 5% total water absorption resistance by weight, and one-gram surface water absorption performance on both sides of the board.

“Our history with DensDeck, the track record of consistency the product brings to any project … it’s the combination of all factors that makes DensDeck the best roofing protection out there,” continued Struble.

When it came to the challenging logistics of the domed roof covering the indoor practice facility, the DensDeck Prime Roof Board passed with flying colors … literally, as the roof board was integral to the overall system, which was flown into place via helicopter.

“It’s all about consistency,” concluded Evans. “One of the greatest benefits with DensDeck is the fact that we receive the exact same product every single time we order it. This incredible level of consistency affords us the ability to deal with other challenges of construction because we know how DensDeck will behave under multiple conditions, and at the end of the day this consistency minimizes our overall risk. Partnering with consistency is necessary for success.”

“We like to call DensDeck the Goldilocks of the roof board industry: some options are too dense, and with some the dimensional stability just isn’t there,” said Struble. “GP and DensDeck has figured it out, because their roof board is just right.

"We like to call DensDeck the Goldilocks of the roof board industry: some options are too dense, and with some the dimensional stability just isn’t there. GP and DensDeck has fi gured it out, because their roof board is just right."
‒Aileen Struble, Senior Estimator with KPost