A new fan favorite according to Nielsen Sports Sponsorlink – the popularity of soccer. Both those who play and those who like to watch have experienced a 27% rise in interest since 2012. As of May 2015, more than 24.4 million people play soccer in the U.S. In 2017, soccer was the third-most watched team sport in the country behind American football and basketball. With this continuing boom in popularity, Major League Soccer has experienced an expansion of teams – currently standing at 26 total, with four more slated to launch by 2022. As fan bases continue to grow, so does the need for a proper place for teams to play.

Minnesota United FC moved into a new soccer stadium – Allianz Field – in 2019. The 19,600-seat soccer-specific stadium opened during the club’s third MLS season and has been enjoyed by Loons fans ever since.

Well-Matched for the Job

Protecting spectators from the sun and rain was a chief concern for general contractor Minneapolis-based Mortenson and customer, Minnesota United FC. To handle the construction of the unique stadium canopy, Berwald Roofing (also based in the St. Paul area) was brought in following an invited bid process.

Originally founded in 1936, Berwald Roofing offers a range of services for customers all related to the building envelope. From roofing (steep slope or flat) and architectural wall panels (from single skin metal panels to elaborate engineered systems) from schools, to private construction, hospitals, manufacturing, and universities, no project is too small or too big for Berwald. Their footprint covers all of the metropolitan St. Paul/Minneapolis area, with occasional forays into the Dakotas and Wisconsin. 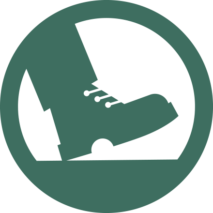 "Given that the canopy was built on a steel deck, we knew there would be lots of foot traffic during the install; we didn't want the constant traffic or the kneeling down by the installation team to affect the integrity of the cover board during the process. "
‒Andy Berwald, Project Drafter

All Hands On Deck

The roof of Allianz Field is an oval-shaped canopy that covers the seating area. Built out from a steel roof deck, the Berwald team installed 5/8” mechanically attached DensDeck® Prime roof board from Georgia-Pacific, topped by fleece-backed PVC directly adhered over that. The canopy roof drains into an internal gutter that measures four to five feet deep and six feet wide and is also lined with DensDeck Prime roof board and the adhered-back fleece system. Attached through the canopy membrane and into the structure are 1,700 feet of snow rails to hold snow on the canopy as it melts into the gutters.

While there is normally a fire-resistant need on a steel deck, the construction of the canopy made this not an issue. When asked why the company chose 5/8” DensDeck Prime roof board over 1/2”, Andy Berwald, project drafter for the Allianz Field project, and fourth-generation roofing contractor, said, “Given that the canopy was built on a steel deck, we knew there would be lots of foot traffic during the install; we didn’t want the constant traffic or the kneeling down by the installation team to affect the integrity of the cover board during the process.” Berwald continued: “Using a cover board for this project was extremely important since it was fastened to the steel deck and the PVC was then adhered to that cover board; without a solid cover board the roof could not have been installed correctly.”

Today, foot traffic on the canopy roof is limited to use of the safety line system for maintenance of the roofing, gutter system, and drains. A Track Record of Trust

Challenges throughout the build certainly centered on the weather; as the project moved into the fall, cooler weather pushed the roof completion a bit into the following spring. But the original goal – to open the stadium prior to the first game of the 2019 season – was always well within reach.

While the project was a straight-forward build across the board, the slope of the canopy roof did over additional challenges to the roofing installation team.

When asked about the use of the DensDeck Prime roof board, Berwald reports that his team “uses it quite regularly; our guys really prefer the DensDeck product line. The handling and cutting are easy; we’ve been using it for years and will continue to do so.”
When it came to the internal gutter system on the roof, the installers were dealing with sixty-plus structural elements that penetrated the walls of the gutter space. This meant a lot of cutting for the DensDeck Prime roof board, and the product came through with flying colors. 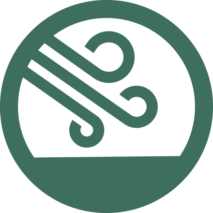 "With the DensDeck® Prime, we like the overall material handling, the cutting ability, and the bond strength – this is a big factor when it comes to meeting the specified wind uplift requirements. Our company has a strong track record with the product, so why would we change from it?"
‒Andy Berwald, Project Drafter